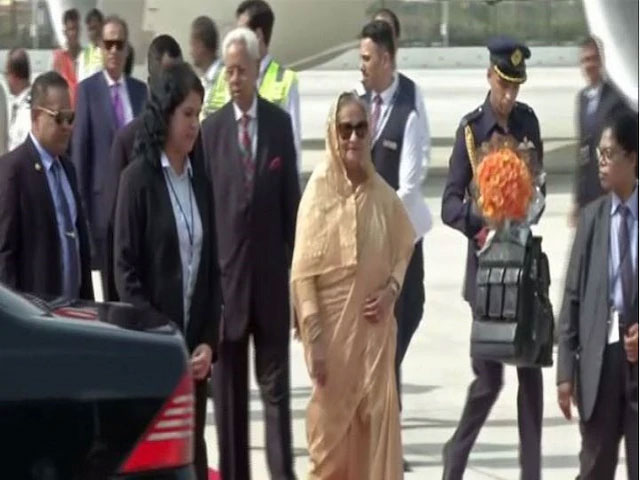 With an aim to further intensify bilateral relations between the two countries, Bangladesh Prime Minister Sheikh Hasina on Thursday arrived in the national capital on a four-day visit to India.

As part of her first official engagement of the day, she will participate as the chief guest in the India Economic Summit being organised by the World Economic Forum (WEF) in New Delhi.

During the visit, the Bangladesh Prime Minister will call on President Ram Nath Kovind and will hold bilateral discussions with Prime Minister Narendra Modi on October 5.

This is Hasina’s first visit to India since the completion of the elections in Bangladesh and India, a press statement from the Ministry of External Affairs (MEA) said.

“Apart from a number of agreements that are to be exchanged between the sides during the visit, the two Prime Ministers will also jointly inaugurate three bilateral projects via video link,” the statement said.

On September 27, Hasina and Modi had met on the sidelines of the 73rd session of the UN General Assembly in New York where the two leaders reiterated their zero-tolerance approach against terrorism and violent extremism and noted that strong ties in the security sector had built trust and mutual confidence between the two countries.