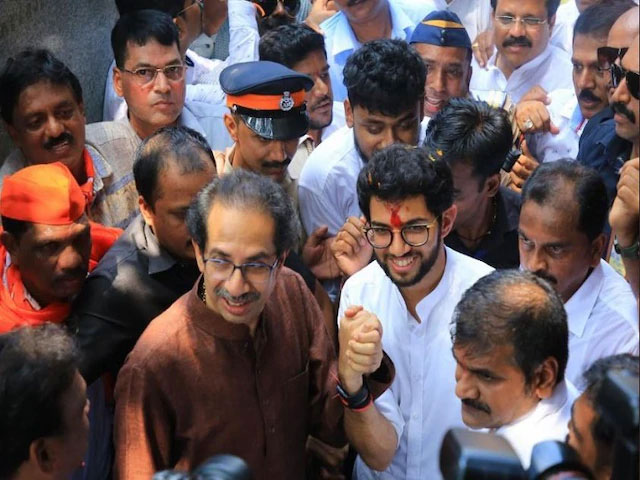 Shiv Sena leader Aaditya Thackeray,  who is set to become the first in his family line to debut as an electoral candidate, filed his  nomination papers from Worli assembly seat on Thursday, in the presence of his father and Sena Chief Uddhav Thackeary.

Thackeray took out a huge roadshow in Mumbai, on Thursday, before filing his nomination papers.

The 29-year-old Thackeray, is contesting the Maharashtra Assembly elections from Worli. He is the first of his family to contest an election ever since Bal Thackeray founded the party.

Before leaving for filing his nomination, Aaditya tweeted a picture where he can be seen bowing before portrait of Sena patriarch Bala Saheb Thackeray.